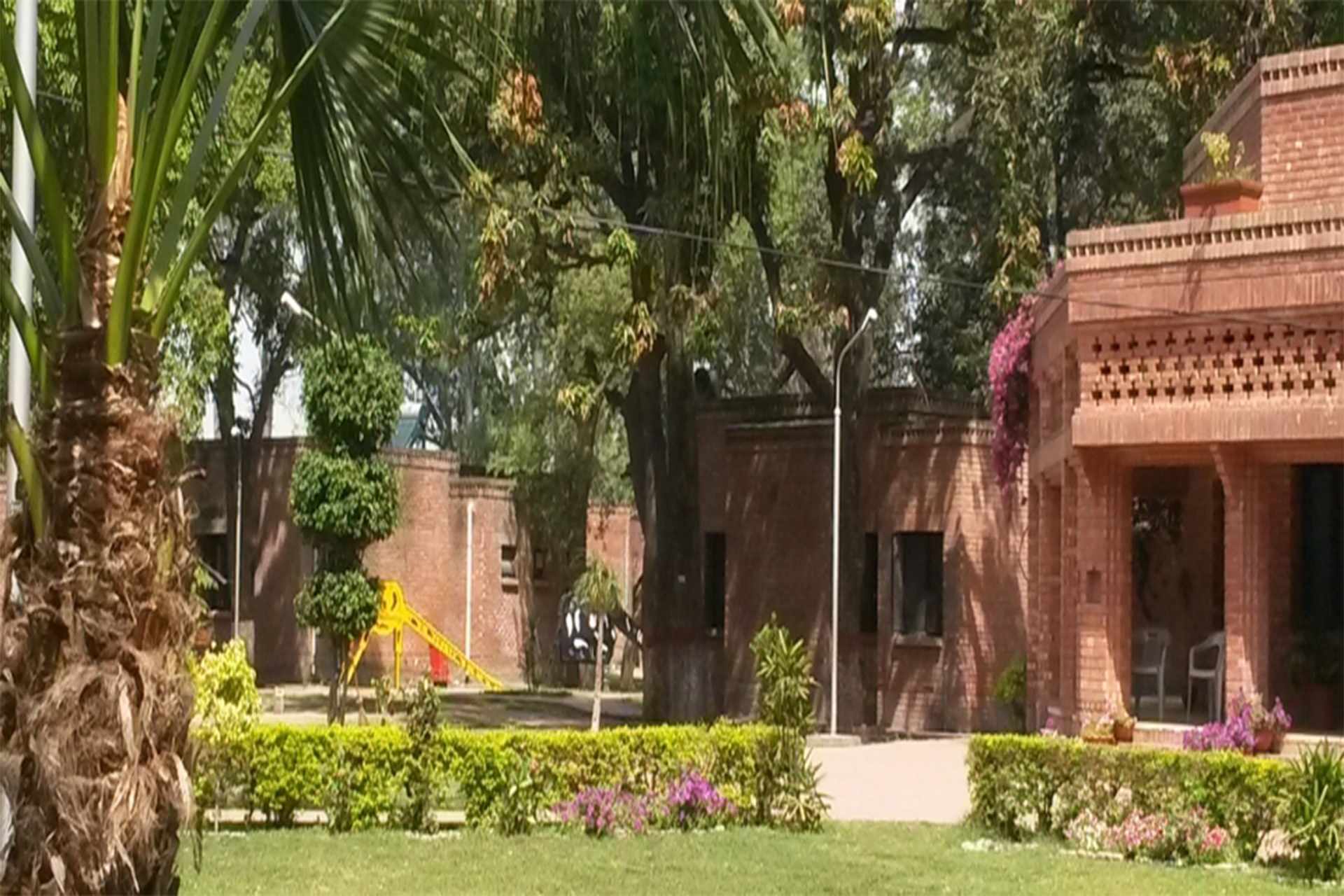 SOS Children's Village Sialkot was completed in 2005 and is constructed on 4.5 acres of land donated by the Government of the Punjab. The Village is located 20km from the centre of the city.

The city of Sialkot is situated in the north-east of the Punjab province in Pakistan at the foothills of the snow-covered peaks of Kashmir near the Chenab river. It is the capital of the Sialkot District, and formerly it has been the winter-capital of the State of Kashmir.

The Village Was Completed Just in Time

SOS Children’s Village Sialkot is situated on the banks of a canal, with many beautiful old mango trees. When planning the Village, efforts were made to save as many of these as possible, resulting in an unusually attractive setting.

Since the Village is located at a considerable distance from the city and transport facilities are poor, it was a challenge to organise the construction project, but nonetheless it was successfully achieved. In fact, the timing of the Village's completion could not have come at a more opportune time as, consequent to the disastrous earthquake of October 2005, shelter for earthquake orphans was urgently required. Many of them found a home in the Village, along with regular local arrivals, and there are now 90 children in the Village (Feb 2017).

A primary school has been established for the younger children in the Village premises, while the others attend schools outside. The academic achievements of this school are especially commendable as it takes time and effort to mainstream children, who have had little or no previous education, into a structured academic system. The high school building has been constructed and admissions were started in March 2017. The construction of a primary school is also planned.

The children benefit from the involvement of international sports brands in the local industry and frequently receive visitors. These companies often extend their help in providing football kit and coaching facilities to our children.