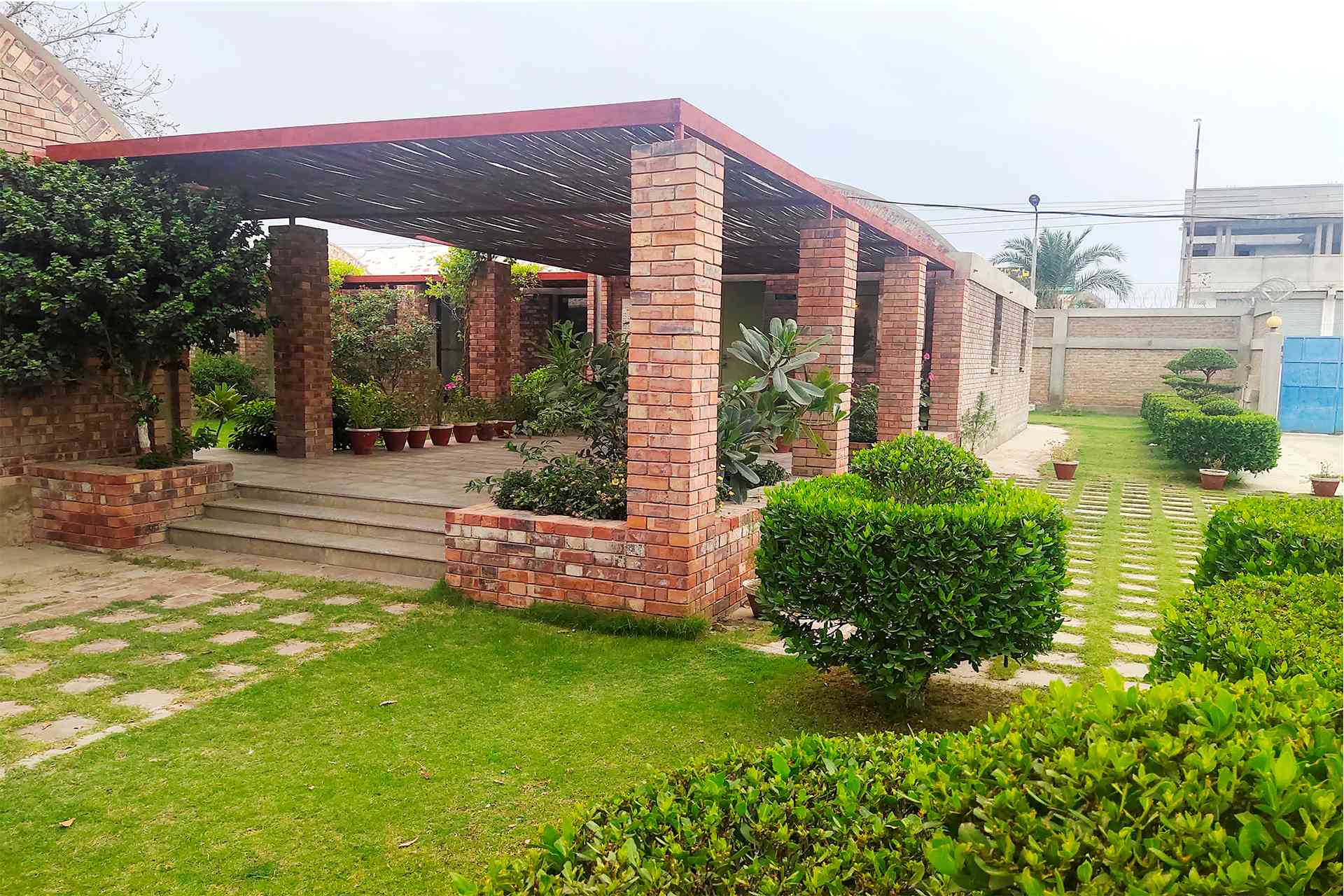 The recently constructed SOS Children's Village Khairpur is situated on land donated by the Government of Sindh. In its first phase, five family homes out of fifteen were built and were inaugurated by the Chief Minister of Sindh in February, 2016.

Khairpur is a city and the capital of the Khairpur district in Sindh province, Pakistan. It is the twelfth largest city in the province. The city is situated along the Khairpur East Canal, 11 miles south of the Indus River. It is connected by rail with Peshawar and Karachi and by road with Sukkur and Karachi. It was a Princely state of Pakistan from 1947 till 1955. After the establishment of the state of Pakistan in 1947, Khairpur developed industrially, with textile, silk, leather goods, silk clothing, matches, soap, shoes and carpet manufactures. The city had an estimated population of 127,857 in 2006.

SOS Children’s Village Khairpur includes 12 houses, which accommodates up to 94 children, and common facilities including a computer room, TV room, library and a spacious playground.

Children attend local primary and secondary schools, helping them to integrate into their local community.