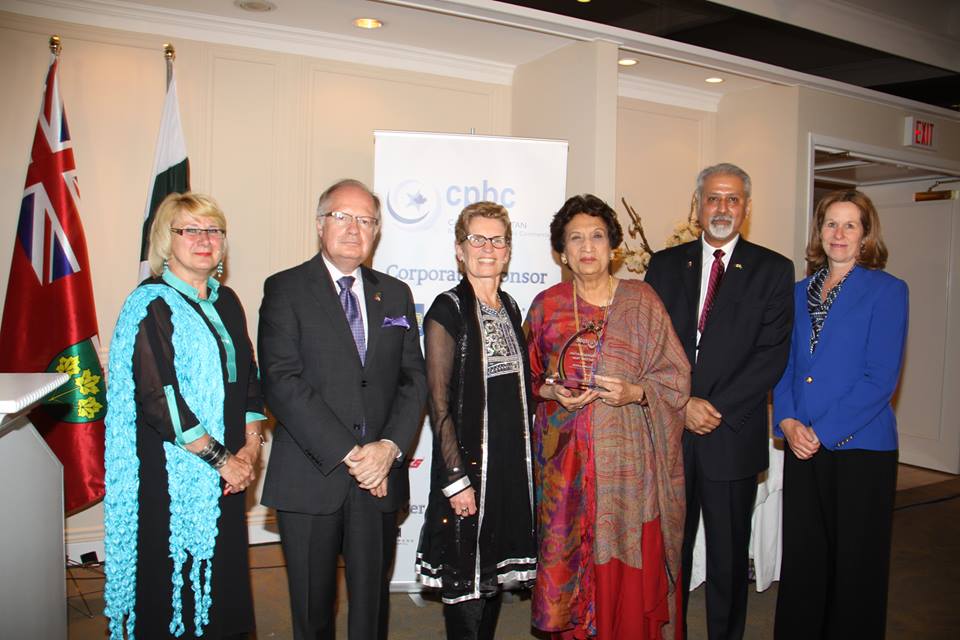 On Friday, June 14, 2013, the Canada Pakistan Business Council (CPBC)- a non-profit organization set up by Canadian and Pakistani businesses, to promote trade between Canada and Pakistan,held its 30th Anniversary Gala Dinner and Awards Night.

Each year CPBC takes pride in honouring distinguished individuals who have served the community and contributed to building societies. This year, it was their honour to present Mrs. Souriya Anwar, President SOS Children's Villages Pakistan with the Humanitarian of the Year Award at their annual gala. This award was presented to recognize the tireless contribution made by Mrs. Anwar in building the concept in 1975 into 45 thriving projects in Pakistan today, with 20 projects exclusively for orphans in need of a home and shelter. SOS International is the largest orphan charity in the world, with active programmes and projects in 133 countries and territories of the world. The SOS Children's Villages Pakistan are the only in the world (outside of Europe) that are completely self-financed, through local endeavors.